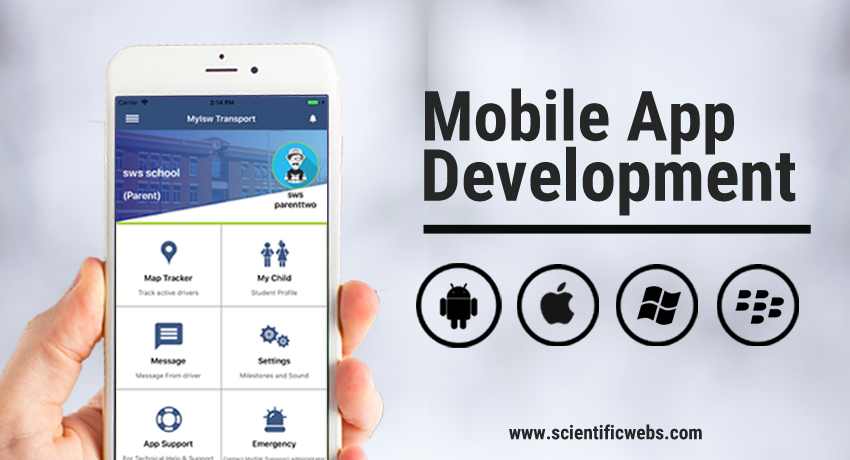 Mobile app development is the act or process by which a mobile app is developed for mobile devices, such as personal digital assistants, enterprise digital assistants or mobile phones. These applications can be pre-installed on phones during manufacturing platforms, or delivered as web applications using server-side or client-side processing (e.g., JavaScript) to provide an "application-like" experience within a Web browser. Application software developers also must consider a long array of screen sizes, hardware specifications, and configurations because of intense competition in mobile software and changes within each of the platforms. Mobile app development has been steadily growing, in revenues and jobs created. A 2013 analyst report estimates there are 529,000 direct app economy jobs within the EU 28 members, 60% of which are mobile app developers.[1]

As part of the development process, mobile user interface (UI) design is also essential in the creation of mobile apps. Mobile UI considers constraints, contexts, screen, input, and mobility as outlines for design. The user is often the focus of interaction with their device, and the interface entails components of both hardware and software. User input allows for the users to manipulate a system, and device's output allows the system to indicate the effects of the users' manipulation. Mobile UI design constraints include limited attention and form factors, such as a mobile device's screen size for a user's hand(s). Mobile UI contexts signal cues from user activity, such as location and scheduling that can be shown from user interactions within a mobile app. Overall, mobile UI design's goal is mainly for an understandable, user-friendly interface. The UI of mobile apps should: consider users' limited attention, minimize keystrokes, and be task-oriented with a minimum set of functions. This functionality is supported by mobile enterprise application platforms or integrated development environments (IDEs).

The platform organizations needed to develop, deploy and manage mobile apps are made from many components and tools which allow a developer to write, test and deploy applications into the target platform environment.

Front-end development tools are focused on the user interface and user experience (UI-UX) and provide the following abilities:

With bring your own device (BYOD) becoming the norm within more enterprises, IT departments often need stop-gap, tactical solutions that layer atop existing apps, phones, and platform component. Features include

Many system-level components are needed to have a functioning platform for developing mobile apps.

Mobile applications are first tested within the development environment using emulators and later subjected to field testing. Emulators provide an inexpensive way to test applications on mobile phones to which developers may not have physical access. The following are examples of tools used for testing application across the most popular mobile operating systems.

Many patent applications are pending for new mobile phone apps. Most of these are in the technological fields of business methods, database management, data transfer, and operator interface.[3]

As per the market search, most popular platform  in the world by users’ preference is Android, then second most preferable platform is iOS(13.9%), Windows (2.6%), Blackberry (0.3%) of global users.

What to look for in a mobile application development platform?

A Business should consider different aspects when selecting a mobile application development platform; depending on the type of app they want to build for their organization need and whether they need to be able to customize them.

So there are some points that you should search before choosing the best development platform for mobile app.

Now I hope you know enough to make an informed choice for the development of your product. Whatever platform you may make sure it is suitable for your mobile app needs.